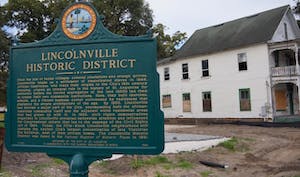 It’s simply amazing that the tiny town of St Augustine, Florida of only 10 square miles has so much history to offer those who explore its rich past.

In addition to the Exploration and Conquest era of the oldest city in the US by Spain and the Flagler era of the late eighteen hundreds, St Augustine played a significant, if not pivotal role, in the fight for civil rights for African Americans in the 1960s in our nation.

The neighborhood of  Lincolnville in the south of St Augustine became the epicenter of the movement with Martin Luther King Jr. visiting the city and organizing peaceful marches to protest against segregation. These marches would end in violence right at the Plaza de la Constitucion where opposing groups would use force to intimidate the peaceful protesters.

Events such as the St Augustine Four and the Monson Motor Lodge swimming pool incident forced US Congress to finally take action and pass the Civil Right Act of 1964. These two events took place near the center of town and serve as a testimony to those brave enough to take action against injustice. Both these sites are available to the public and constitute one of the many secrets that this amazing city offers to those willing to explore and hopefully learn from past mistakes.

Combine a narrated boat tour and guided historic walking tour down the streets of Saint Augustine, Fl.  Discover 400 years of rich history in the United States oldest city.  You will visit some of the most important landmarks during the walking tour in the historic district.

Great shared tour to enjoy St Augustine from land and sea. Combines a boat tour with a golf cart tour of St Augustine.