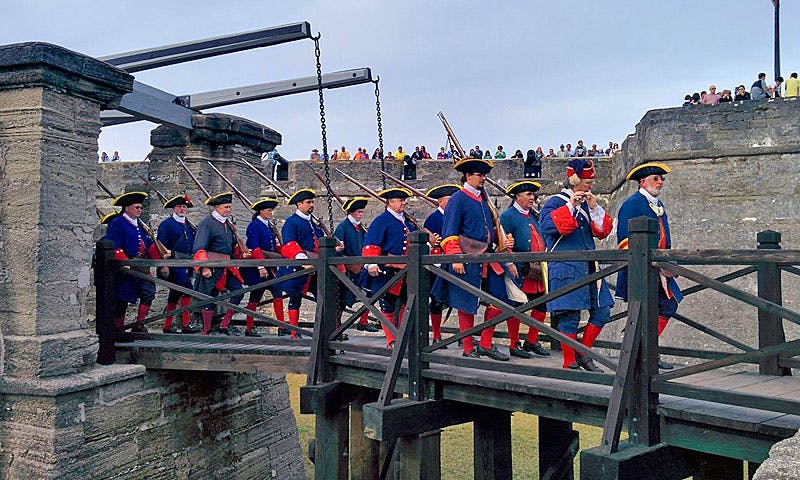 As you would expect Spanish influence in St Augustine is notable throughout the city with some streets having names in Spanish such as Cordova, Hypolita, San Marcos and others; then you look at the Spanish Colonial houses scattered  around the oldest part of town and hear a conversation in la lengua de Cervantes and that is enough to make you think you magically got transported to La Madre Patria.

Spaniards not only “discovered” and conquered St Augustine but remained in control pretty much until they decided to trade La Florida for Cuba allowing the British to take over only to see the the Spaniards return 21 years later. By then St Augustine must have experienced an identity crisis. Its architecture reflects these changes with original Spanish Colonial houses next to hybrids Spanish and British homes.

To say the least, St Augustine is very diverse and eclectic. It is an interesting mix of colonial history and the gilded era; Spanish, British, Cuban, Minorcan, Greek cultures;

Combine a narrated boat tour and guided historic walking tour down the streets of Saint Augustine, Fl.  Discover 400 years of rich history in the United States oldest city.  You will visit some of the most important landmarks during the walking tour in the historic district.

We all love sandwiches! During this 3 hour tour, you will sample delicious sandwiches from three Latin countries that have influenced St. Augustine history and more.